One Picture One Thousand Words

They say a picture says a thousand words…

Maybe it’s true, maybe it’s not but whatever it is we’ve decided that this is going to be a result of our rennovation. Like ten million fireflies, we have pictures that are cool, wierd and another long describing word I can’t think of! So here we go- check it out and have fun!!! Feedback and comments are more than welcome 🙂 And so are YOUR awesome pictures… if you would like to send in a picture (that you own all the rights etc. for, then email it to us on ebony_ink@live.com and we’ll post it here fully credited to you! And we promise we won’t spam your emails or sell them (how do people even do that?!) or anything dodgy like that… remember, we’re only two 16-year-old, not so technologically advanced teens. 😉 )
ps guys, there’s a watermark with a © for a reason… 😛  you know what we mean. Don’t steal our photos. If you would like to use them, feel free to ask we’re more than happy to help.
Thanks 🙂
pps really sorry if the photos are taking forever to load… 😦 feel free to browse through the blog on another window meanwhile!!

You might have noticed (or maybe not…) that I’m into macro-photography. I love the way you can get so close to something it changes completely. It’s like everything explodes, colours, shapes, textures, just everything… It’s not really something you can do with just your eyes. 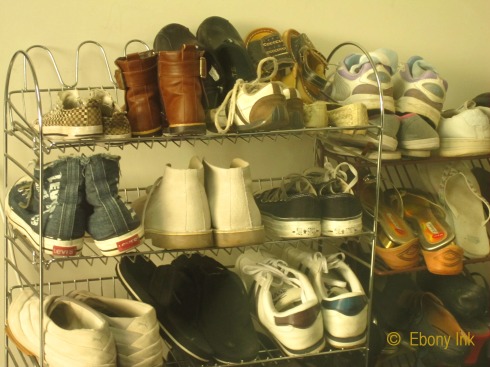 I suppose the caption says it all? Just another really random picture I decided to take… if you haven’t noticed already… I have a slight obsession with cameras that has driven almost everyone I know up the wall, especially Hafsa. (but see, something great came out of it. 😛 )

This is the clock tower on Queen St. taken at around five-thirty, six-ish. I love taking photos in the soft evening light they kind of have a magical glow to them. 🙂 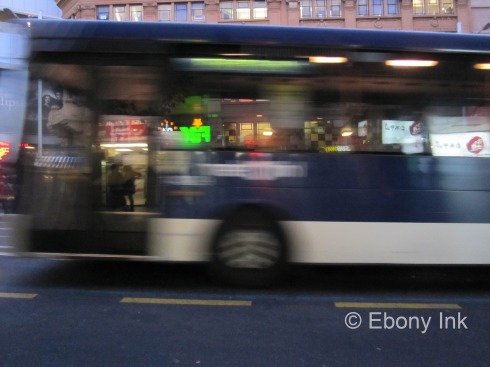 I think this is a Metro Link bus… I’m not really sure. I don’t use the bus system that often so correct me if I’m mistaken. (Although I don’t really know why you’d be bothered with a bus name… 😛 ) I really like this photo because it gives Auckland the big, bustling, metropolitan city feel.

This is a photo I took on a trip downtown with Hafsa of the Ferry Building. I really like the way it stands out when you’re actually standing right there, perfectly juxtaposed with the urbanized and sophisticated grey buildings.

PS: Hafsa is teensy bit obsessed with that song Fireflies by Owl City so ignore the fireflies comments and picz…and scroll down for the rest of the stuff.

omigosh!! headache prvoking much? Never mind thousand word this picture definitely has a thousand colours. anyway, i put this up…i don’t why but i know a friend who would love this amazing mixture of the brightest colours in the world of colours. this pic is almost like an optical allusion…gee..that reminds me of that quiz i took in FB. omigosh that gave me like 50% correct…sucky much? newayz, i kno this is a rather cruel pic to put up cuz its too bright and its not very original (duh! it’s from google) but i’ll use this weekend to think up something wacky to put up. besides, alisha’s putting up her weird exam revision pics, now u’ll really see what we hav to go through. and if you liv in NZ and are below year 10, you better be scared ’cause high school tortures you!

Now this looks like i was really studying right? I’ve got the whole organized mess thing going on pretty well =], but the truth is i just cleared away over half of my notes and arranged everything where it is- no co-incidence, just to make it look like a huge mess of study when really it wasn’t. Now you’re all like =/ what on Earth is she on about… well I’m not too sure myself, it’s 12:46 and i really need some sleep because i’m turning into an INSOMNIAC! Speaking of which, did you guys know Adam Young (Owl City) suffers from insomnia…

It only takes one attempt in Google to find pictures like this. So far this page has been about posting pictures that mean a thousand words. But now i’ve went and found pictures that leave you blank and totally confunded and laughing like  you’ve never laughed before. Okay, maybe that’s exaggerating a little but check them out anyway…

I swear this is like something my sis would pull to catch me being at one of my dumb moments.

oh, i totally love this.

This is actually pretty interesting. I don’t know how this happened but whoever did it had reached genius point. Don’t you think?

One response to “One Picture One Thousand Words”