I am in love with this song… it was on a Ghost Whisperer episode and it gave the closing scene so much emotion. 🙂 The most beautiful lyrics.

Dashboard Confessional
Belle of the Boulevard

Beautiful song by DC, one of my favorites by them.

One of my favourites by MCR. Don’t be put off by the stereotype that they are an emo band- this song is awesome. By the way, it was written for Gerard (lead singer) and Mikey (bassist) Way’s late  grandmother. If you’re not a My Chem person, skip the video and go on to the many others!

Running-This is a beautiful song, I think one of Evermore’s best. And again, Evermore, a NZ band…now based in Aussie yeh I know…lol.
Light Surrounding You- It was played on a Home and Away episode… Another awesome song from Evermore.

Midnight Youth
All On Our Own
The Letter

I am absolutely in LOVE with this song… Midnight Youth are awesome. And they’re a NZ band. Why does nobody know that, seriously? Well… enjoy!
ps sorry for the really bad quality, I couldn’t find another original with a better quality…=(

All On Our Own

So a while back (yesterday) i updated this page with a lot of Green Day songs. That was the point of my life when i was tempted to look for Green Day songs (i’m serious) and as a result, i got really in to Green Day. So now i’m back with more songs i found online which may or may not be new to our viewers. In any case, i’m going to put it on this page. So hope you enjoy…

Btw, i just realized that Green Day’s coming to NZ in the end of this year…

Anyway, here’s the next one…(which i really love, its so catchy and the lyrics are good as usual).

And finally this song. I may have repeated myself alot here but this has to be one of my very fave songs. This is been out for a long time but i like it alot!

Wake Me Up When September Ends

Although that’s a lot of songs, it’s not half as much of all the Green Day songs. Here’s a link to their website so you can find the rest of the song… http://www.greenday.com/site/music.php

Hoped you enjoyed this!

Nuttin’ But Stringz is a band made up of two brothers called Damien and Tourie Escobar. These two brothers play the violin and the violin is the main element in their music. But don’t get put off; the cool thing is they made the violin sound hip and new. The violin is played with style and suits the 21st century music and does not follow the sombre music that violinists usually play. It’s really cool.

Here’s a song called Thunder. Well, it’s mainly music, not much lyrics are in it but the music is good enough to keep anyone hooked.

And this is a video of Nuttin’ But Stringz performing in America’s Got Talent. This is how they rose to fame. The cool thing is that they used to play in the suburbs of New York City and then they ended up coming third place in this talent show!

Normally i don’t go for Green Day songs. Well, actually, i’m not really the type that sticks to one genre of music. I’m all over the place (except i’ve never gone near Classical Music, it’s not my thing AT ALL!…no offence to any classical musical fans). Anyway, i was on my friend’s blog a lil’ while ago and she is a music maniac (in a good way). She’s like a walking music dictionary or something. Her blog’s neonsanwa.blogspot.com by the way, i suggest you guys check her blog out, it’s pretty good. Anyway, back to Green Day songs…so i was at this friend’s blog and she was talking about love and it led up to a Green Day song called Whatserface. The song was really good specially the lyrics. So i thought that i should put this song up on this blog along with some other Green Day songs. So here they are…

Like my friend said in her blog, this has a cool meaning about how if you love someone, don’t delay telling them the truth. This song’s quite depressing which suits love in a way because love can get really sad (well, most of the time anyway) and slap you in the face too many times for a person to absorb and move on…

Anyway(!) here’s another one of their songs (which has to be my fave Green Day song)…

This is another one, one of the most common but i just really love it, so i’m going to put it up anyway…

Here’s the lyrics for this song. I found the lyrics interesting. I luv the line “Sieg Heil to the president Gasman”…it just totally pinpoints who they’re singing about!

Hear the sound of the falling rain
Coming down like an Armageddon flame (Hey!)
The shame
The ones who died without a name

Hear the dogs howling out of key
To a hymn called “Faith and Misery” (Hey!)
And bleed, the company lost the war today

Hear the drum pounding out of time
Another protester has crossed the line (Hey!)
To find, the money’s on the other side

Can I get another Amen? (Amen!)
There’s a flag wrapped around a score of men (Hey!)
A gag, a plastic bag on a monument

“The representative from California has the floor”

Sieg Heil to the president Gasman
Bombs away is your punishment
Pulverize the Eiffel towers
Who criticize your government
Bang bang goes the broken glass and
Kill all the fags that don’t agree
Trials by fire, setting fire
Is not a way that’s meant for me
Just cause, just cause, because we’re outlaws yeah!

This is our lives on holiday 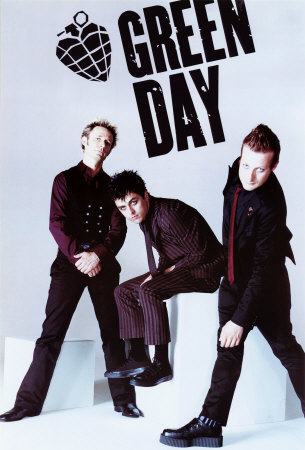 We’re having like an Evanescence marathon here lol. I love that band, so yeah…that’s what happens when you let me  do whatever I want with a music page. You get tons of songs from the same artist…:P

Definitely one of Evanescence’s best! I loved the video, it is awesome. Amy Lee has a beautiful voice.

Call Me When You’re Sober

This is another awesome song and an even AWESOMER video. I really really reeeeally liked the video!

Bring Me to Life/Wake Me Up

OK, there are various names for this song, but i’ve put up the most frequently used two. This is one video worth checking out, and all you have to do is click to experience the awesomeness of Linkin Park and Evanescence PUT TOGETHER!

How to Save a Life
The Fray

Ok I know what most of you are thinking who haven’t really heard a lot of The Fray, but trust me, this is a nice song (despite its title, which makes it out to be emo-ish, but it isn’t actually). And like most of The Fray songs, it has that signature Fray style music. I think Isaac Slate has a unique voice, the kind that goes with sad songs (such as this one). I really like The Fray so, :), hope you guys like it too.
This is the original music video URL, the embedding was disabled but I put in another video that I really liked-it’s kind of sad :(.

Over My Head
The Fray

Another The Fray song. This time with the real music video. 😉 As I said, I’m a Fray fan and I love this song, it was pretty popular as well. Enjoy!

okay, maybe you aren’t the R&B kinda of person but this song, you have to check it out, it’s totally good. It features Kanye West, Ne Yo and Keri Hilson. I thought it was really nice. Okay, i’ll admit it, sometimes the lyrics doesn’t seem to make sense, specially in the rap section. But maybe that’s just me. Anyhow, this song is worth listening to. It totally makes me tingle and reminds me of some of the good romances that i’ve read about (that sounds soo…cheesy i know. But i’m only telling you what i think, lol) So, check it out and leave us a comment on what you think of it.

Remember to leave a comment and revisit! See yah, people!

One response to “Music”